PropaGator 1 was designed to be flexible and rapidly built to compete in the 2013 RoboBoat competition.  Two plastic pontoons were utilized as a hull.  All electronics were mounted internally.  For object detection, a SICK LIDAR was mounted to the font of the boat.  A motor was used to tilt the LIDAR allowing for 3D distance imaging.  For vision, a Blue Fox industrial camera was used.  Four WaterSnake trolling motors, fixed at 30 degrees, provided propulsion in any direction.  A landing platform was mounted on the back of the boat for a autonomous quad copter.  PropaGator 1 is the 2013 RoboBoat champion. 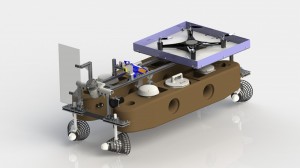 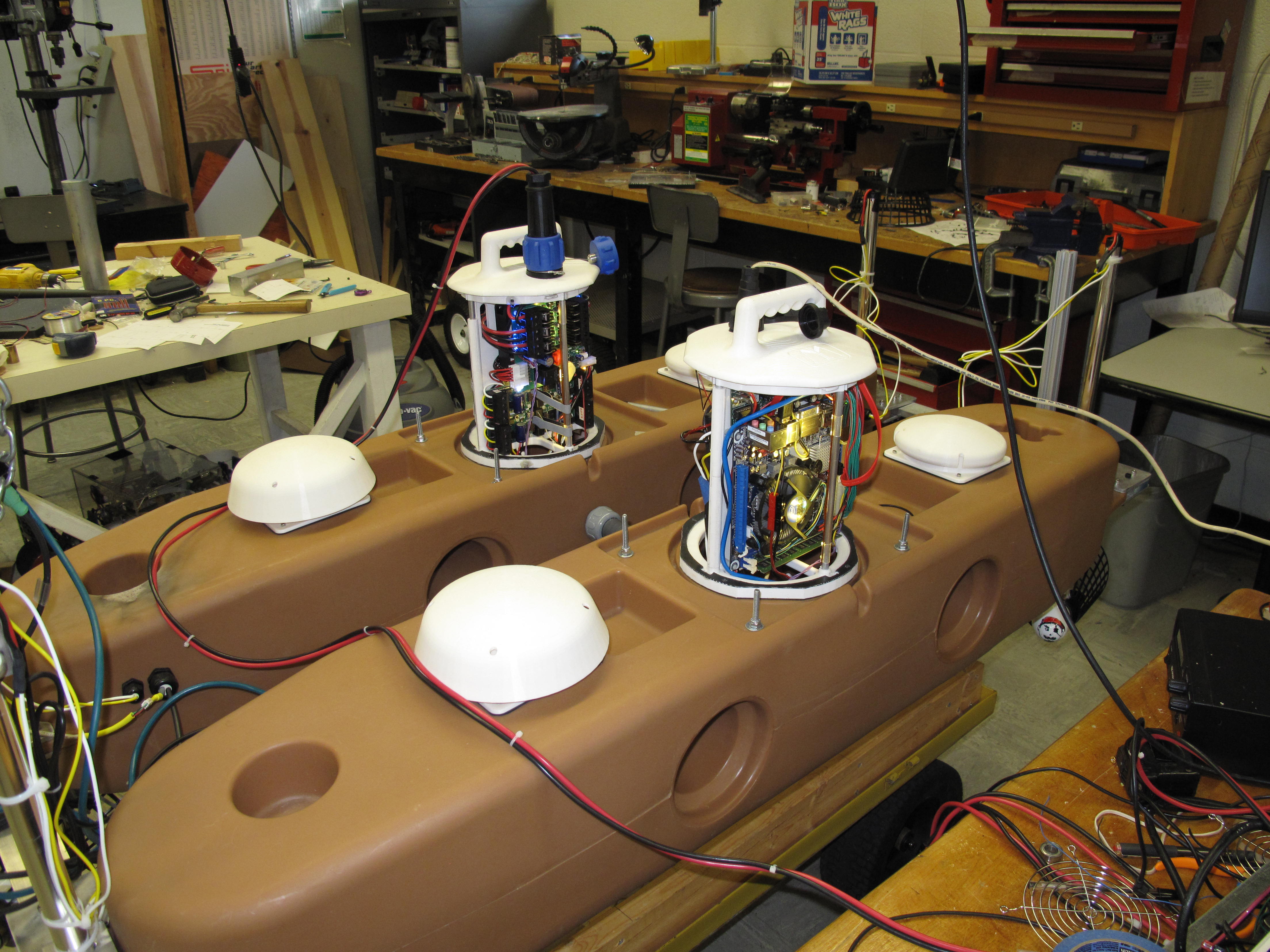 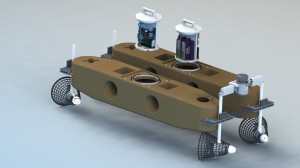 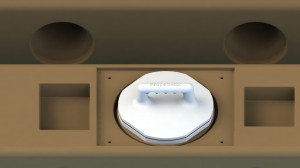 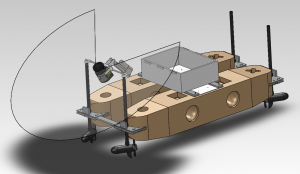 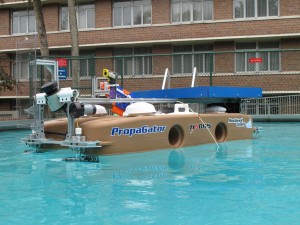 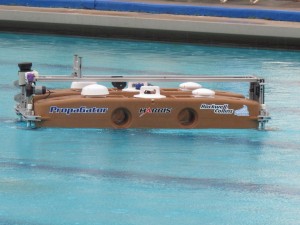 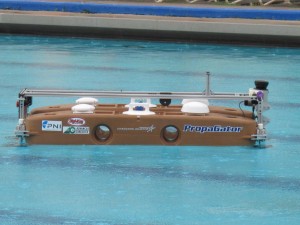 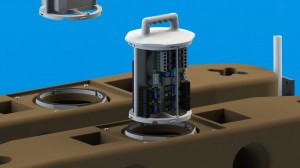 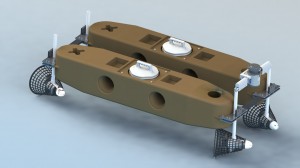 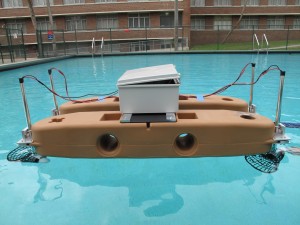 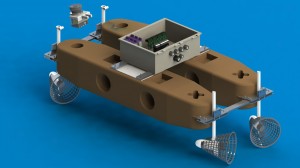