The much awaited first in-water test of this semester took place on Sunday, February 15th, at the Graham Pool. With the prime focus on Propagator software, the controller on the boat was tested. From starboard side leaks to ESC programming and reprogramming, lidar servo troubleshooting and GPS , we saw and overcame a handful of such issues while testing in water. It was a little windy which caused the boat to drift. 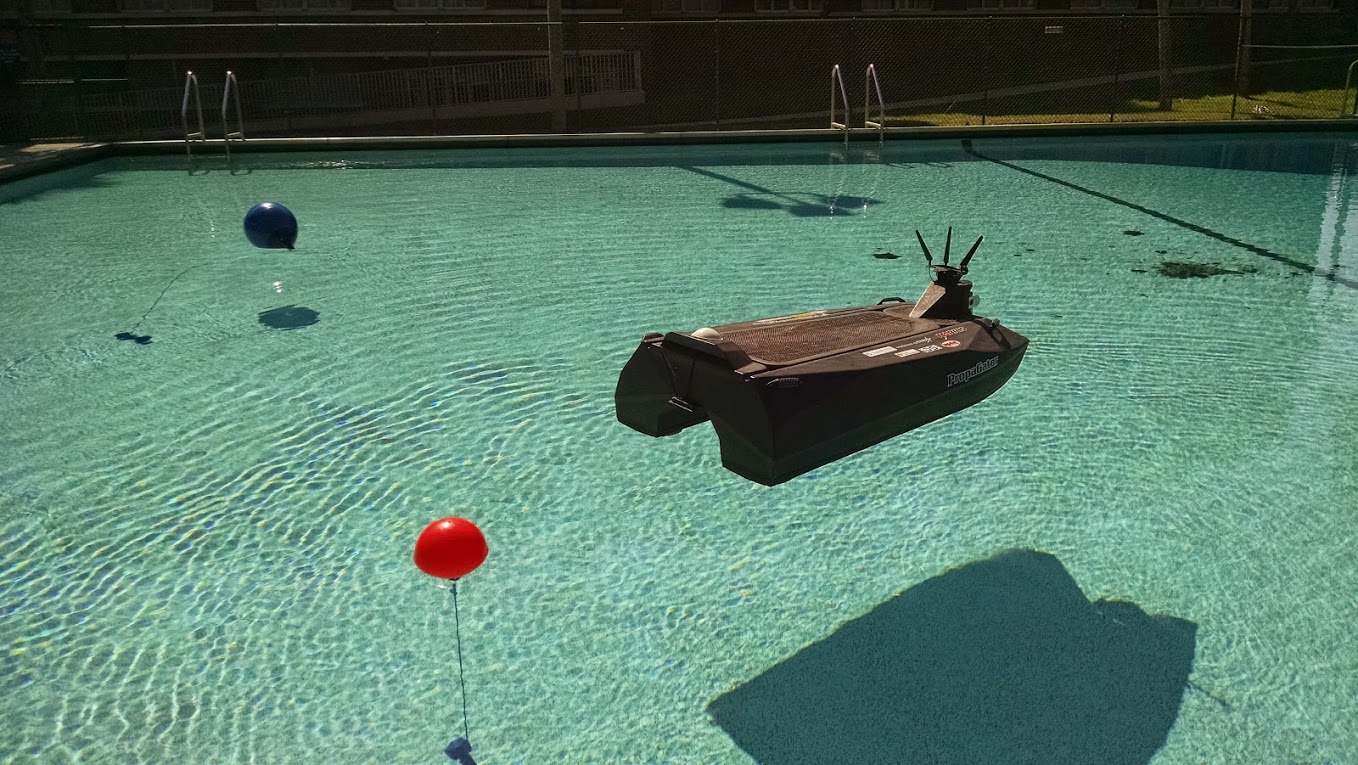 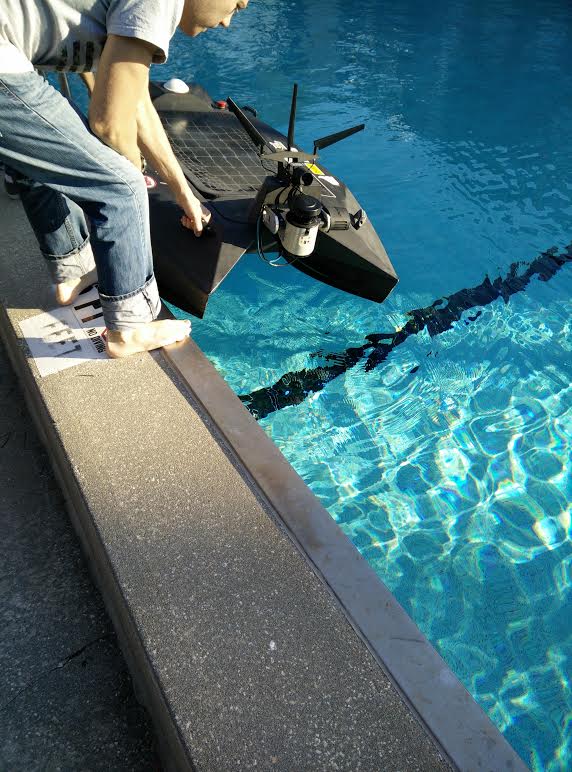 Testing the software, we saw that the current holonomic controller faced several problems in water. The lidar servo needed attention. Also, the port side pulley crashed. As a result of high wind speeds, and initial fuzzy behavior of Propagator, Matt was almost in the pool in the quest to kill the motors.

On the brighter side, the remote controlled module worked perfectly fine. We performed a thrust test. Furthermore, we decided to prepare a script to automate the thrust-test process. We were able to bag a lot of data such as camera, lidar, gps to name a few. It was a eye-opener for the Propagator team, with the realization of the needed improvement in software.

For the new members on-board, it was a great learning experience to see the real time testing of Propagator for the first time. We will be hopefully back in the waters soon.